In recent years, there are more and more Confucius Institutes being built all around the world, which shows that our Chinese culture become much more popular than ever. As one of the four ancient civilizations, China has long history and creates many splendid cultures. The ancient culture once had great influence on the world, such as Japan, South Korea and other Asian and European countries.近年，世界各地建立了越来越多的孔子学院，这表明我们的中国文化比过去更受欢迎了。

From the respect of school, Confucianism, Mohism, Taoism, and Legalism are the main schools created in ancient China, and they also have great influence on the Modern China and the world, especially the Confucianism. They deeply root in traditional Chinese culture and people s daily lives.就学校方面来看，儒家、墨家、道家以及法家是中国古代开创的主要流派。它们也对现代中国和世界产生了巨大影响，尤其是儒家思想。

它们深深的根植于传统的中国文化和人们的日常生活中。Specially, kung fu, traditional Chinese painting, poem, opera, cooking, clothing, architecture and many other kinds of cultural forms make up the splendid Chinese culture. The kinds listed above are the typical ones which connect to each other at the same time. For example, painting, clothing and architecture has many things in common. And each kind of cultural form contains numerous intentions.特别地，功夫、传统的中国绘画、诗歌、戏剧、烹饪、服饰、建筑以及很多其他种类的文化形式组成了辉煌的中国文化。

每一种文化形式都包涵了大量的意向。In short, Chinese culture are the accumulation of Chinese history, which makes Chinese culture colorful and prosperous. If one wants to know or study Chinese culture deeply, he or she must spend much time in it, otherwise he or she can only get the tip of an iceberg.简而言之，中国文化是中国历史的累积，历史使得中国文化丰富多彩和繁荣。

more than 5000 years's history outstand China to all the countries of the world. in the capital Beijing the Great wall is where you worth of visiting, that's one of the seven wonders all over the world. In Hangzhou, there's silk export to every place; in Gansu, there's the famous MoGaoKu ,in Xi'an the warriors and horses form the Qin Dynasity must impress you at once you see them, there's many places of resort ,our friendly Chineses people all welcome you to China!。

Our country is an old country with about five thousand years history so it has been attracting so many foreign tourists or students to come here to explore our history. Unlike other countries, China has experienced many dynasties and its culture has spread home and abroad . In terms of character, it has developed so much that we can hardly grasp every one of them though we are Chinese, let alone foreigners. So this has made so many foreigners much interested in it . Chinese Kun-fu is also impressive in the world .。

The Chinese New Year: This holiday is also known as the Spring Festival. It falls on the first day of the first lunar month. Chinese years are grouped in sets of 12 with each year represented by an animal (a zodiac sign). It is often said that a person displays the characteristics of the animal representing the year in which they were born. The Chinese New Year is a time of great excitement and celebration for all Chinese around the world. In some Asian countries, the festivities may last for weeks. On New Year's Eve, family members gather for a huge luxurious feast. Many of the foods served have a symbolic meaning. Some foods have names that sound the same as Chinese characters (words). These Chinese characters have a prosperous meaning, and the shapes and colors of the foods symbolize health, happiness, and good fortune. On New Year's Day, family members eat a vegetarian dish called “jai”. All of its ingredients are tied to prosperous symbols. The New Year is ushered in joyfully with the thunderous roar of exploding firecrackers to frighten away evil spirits. The dragon dance is a vital part of this celebration. The dance was originally performed to please the dragon, the god of water, and to ask for rain during periods of drought. The dragon is a symbol of strength, dignity, and success. During the Chinese New Year, people greet each other with the phrase, “Gung Hay Fat Choy” to wish each other best wishes and prosperity This phrase means “ Happy New Year.” Families will visit relatives and friends to wish them a Happy New Year. The younger members visit their elders. After “Gung Hay Fat Choy” is wished for the elders, the elders in return give “lucky money” to their younger visitors. “Lucky money”; is money that is placed into specially designed red envelopes. Married couples give “lucky money” to their children and to the unmarried children of relatives and friends. New Year gifts (oranges, tangerines, and New Year candy) are exchange between relatives and friends The Dragon Boat Festival: The Dragon Boat Festival is celebrated on the fifth day of the fifth lunar month. There are many stories regarding the origin of this festival. The most popular and widely accepted story concerns Qu Yuan, a minister during the Warring States Period (475 - 221 BC). Qu Yuan was a wise man and was admired by the common people. He fought against the corruption in the Emperor's administration. The minister lost his position as a key advisor to the Emperor due to his betrayal by other officials. In exile, Qu Yuan traveled, taught, and wrote for several years. When he heard the Emperor was defeated, he fell into despair and threw himself into the river. Fishermen rushed out in long boats, beating drums to scare the fish away and casting rice dumplings into the water, so the fish would not eat Qu Yuan's body. Starting with that day, people commemorate Qu Yuan through Dragon Boat Races and the eating of rice dumplings. The dumplings are the traditional food for the Dragon Boat Festival and are called zong zi. The dumpling is a steamed glutinous rice ball wrapped in bamboo leaves and filled with eggs, beans, meat, and mushrooms. Dragon boat races are the most exciting part of this festival and draw crowds of spectators. Dragon boats are brightly painted canoes. The front is shaped like an open- mouthed dragon, and the stern is shaped like a scaly tail. Ranging anywhere from 40 to 100 feet in length, it can take up to 80 rowers to power one boat. A drummer and a flag catcher stand at the front of the boat. Before a dragon boat can enter the competition, it must be “brought to life” by painting the eyes of the open-mouthed dragon at the front of the boat in a sacred ceremony. Races can have any number of boats. The winner is the first team to grab a flag at the end of the course. Annual races take place all over China, Hong Kong, Macao, Taiwan, and in other overseas Chinese communities during this festival. The Moon Festival: The Moon Festival is celebrated on the fifteenth day of the eighth lunar month. It is then that the moon is at its brightest and roundest for the year. This festival is similar to the American Thanksgiving holiday and celebrates bountiful harvest. As with every Chinese holiday, the Moon Festival is accompanied by a special food rich in stories about the festival's origin. The moon cakes are the main treats at any Chinese celebration of the Moon festival. A moon cake has a cookie crust and is filled with lotus seed paste or red bean paste with salted egg yolks. The cakes have 。

中国的饮食文化Chinese food culture stretching more than 170 million years, is divided into raw food, cooked food, natural cooking, science and cooking four stages of development, introduction of more than 60,000 kinds of traditional dishes point, more than 20,000 kinds of industrial food, colorful and bright colors and flavors of the Feast schools, access to "Cooking kingdom" in the world. From the content point of view, the Chinese food culture to the food source involved in the development and use of utensils to use and innovation, food production and consumption, food service and hospitality, catering industry and food industry business and management, as well as diet and peace and prosperity , diet and literary arts, diet and the relationship between the realm of life, deep broad. From the extension, China's food culture from the era and techniques, geographical and economic, ethnic and religion, food and utensils, consumption and levels, a variety of folk and function of the angle classification, demonstrating the different cultural tastes, reflecting different value, and splendor. From the trait perspective, Chinese food culture and highlight the benefit sufficient to support a business-Wei Theory (vegetarian main emphasis on medicated and tonic), and pay attention to "color, smell and taste," and taste. To reconcile the realm of flavors that (distinct flavor, palatability by Jane, the "tongue cuisine" reputation), Qi is inter-change of the cooking methods (kitchen rules-oriented, flexible), Cheong God pleasing dining concept (gentle, Yue teaching at the food), etc. 4 large property has a food culture is different from the foreign countries in natural beauty. Pay attention to the Chinese food culture dishes in addition to bright colors with picturesque, but also create an atmosphere of dining with a taste, it is the personality and tradition of the Chinese nation, but also highlights the way the traditional Chinese ritual. In effect, China's food culture directly affects Japan, Mongolia, North Korea, South Korea, Thailand, Singapore and other countries of the East catering cultural circle of the axis; At the same time, it also indirectly affect to Europe, the Americas, Africa and Oceania, like China's vegetarian culture, tea culture, sauce vinegar, pasta, medicated, ceramic tableware and soybeans, have the benefit of billions of people around the world. In short, the Chinese food culture is a broad vision, deep-level, multi-angle, high-grade long-standing regional cultures; it is the Chinese people of all nationalities in more than 100 years of production and daily life practice, in the food source development, utensils research, Food conditioning, nutrition, health and dietary aspects of aesthetic creation, accumulation and affect the neighboring countries and the world's material wealth and spiritual wealth. 中国饮食文化绵延170多万年，分为生食、熟食、自然烹饪、科学烹饪4个发展阶段，推出6万多种传统菜点、2万多种工业食品、五光十色的筵宴和流光溢彩的风味流派，获得“烹饪王国”的美誉。

The saying, Chinese people are the offspring of the dragon came from the ancient totem and tales.

It is said that before Huang Di's unification of central plains in China, the totem symbol for China was the bear.

After unification of the tribes, Huang Di decided to use a new form of totem; it is called Long—which means dragon. The head of the original bear and the body of a snake forms it the dragon. In fact the totem of the dragon is the combination of the father and mother tribe of Huang Di. The image of the dragon shows the history of Chinese ethnicity and the unity of Chinese people.

Then the image of dragon began to appear in a lot of pictures and form the characters. People can find the character of dragon in the ancient remains of Java and the image of the dragon in the ancient pot chips. Not long ago the archeologists found two pottery fragments in Liaoning province. One is the moving dragon and the other is stagnant. The images are very vivid in which the scales of the dragon are extremely clear.

Since the dragon became the totem of Chinese, Chinese nation is connected with dragon. Therefore,the tale for Yan Di appeared. It said that Yan Di and Yao were all born because of the dragon. If the ancestor of China is all born for the dragon, the Chinese are the nterments of the dragon. 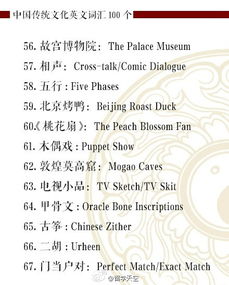 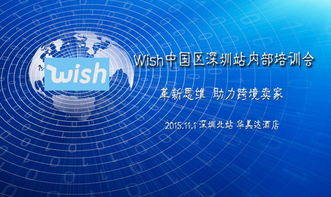 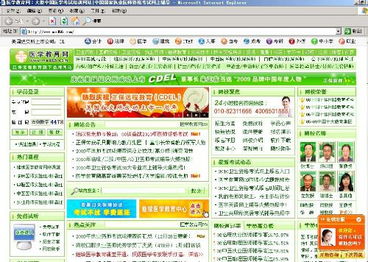 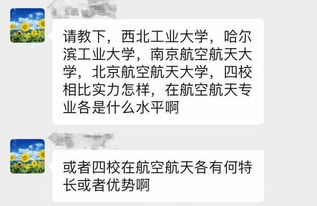 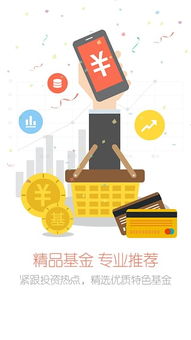 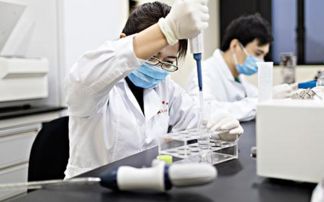 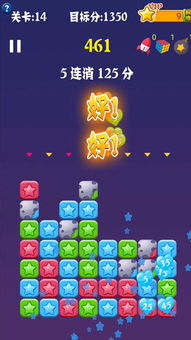